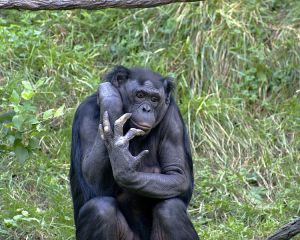 I’ve been real good at not shouting at the TV lately, until
this morning. The wife likes to watch the morning “news” shows,
I do not. The reason I began to yell at the talking head giving
his opinion of the news is what he called a poll.

Said poll, which covered the screen, announced 81% of
Americans cannot agree on basic facts. What? Wait a minute. The
talking head did not elaborate on what type of facts but did
say this disagreement went along political party lines.

Let’s go out on a limb and say I’m a conservative and my
listener is a liberal. That means whatever fact comes out of
mouth would instantly be disputed by a said listener because
of their political party? If so we are all surely going to hell
in a hand basket in the express lane.

We are a divided nation and this is part of the reason why.
One could condone not accepting someone else s opinion, but I just
cannot wrap my brain around the idea that people can’t agree on
facts.

Have so many lies been told so many times, and with a straight
face, that people are believing them? As of now I will not be
watching any “news” programs on TV. Enjoy our Sunday for
tomorrow begins a new week.
Comments are always welcome.

This entry was posted on Sunday, March 26th, 2017 at 9:58 am and is filed under life, opinion, politics. You can follow any responses to this entry through the RSS 2.0 feed. Both comments and pings are currently closed.

5 Responses to Give me strength