Businesses have signs. Across the front is their
logo and the door usually has a sign with hours of
operation and so on. It has been this way for as
long as I remember.

I am of an age that I recall signs on some of the
local businesses that stated “We reserve the right
to refuse service to anyone”. This sign did not
cause protests, lawsuits, or short news alerts on
the local TV station. We understood and found a
place that would give us the service we required.

Because of that, we don’t understand all the
attention being paid to the law in Indiana. Here on
the east coast of Iowa, it looks like yet another
instance of a group looking for a cause.

If we understand correctly Indiana passed a
religious freedom bill, the gay/lesbian crowd are
saying it discriminates, and once again the law may
be amended to include no discrimination.

It seems to me that too many people are acting
like the north end of a south bound horse. Here’s
the deal, go to another business that will give you
what you want and tell your friends about the one
that wouldn’t.

We don’t know what all this is coming to but we
wish people would use their head for something
other than a hat rack.
Comments are always welcome.

The barricades are up, the heavy equipment is in
place, and the work has begun. The sinkhole in
front of our place is being repaired. Rumor has it
that someone lost a Buick in it a while back, but
none was found.

Once the blacktop was broken up and loaded into
dump trunks for removal an archeologist rappelled
down the side of the hole to discover that which
may have been lost. As mentioned, there was no
Buick, but the word through the grapevine is that
he may have found a hat belonging to Indiana Jones!

We weren’t told how long our street and alley will
be blocked so have taken a wait and see attitude.
After all, this sinkhole was so big it was spawning
offspring. We do feel sorry for the sanitation
engineers who have to use the one ended alley to
remove our bulk waste and recyclables.

When we learn more you’ll be the second to know.
In other news, the temperature has reached my age
so some outdoor spring cleaning did get done today.
We hope you enjoy tomorrow as much as we will.
Comments are always welcome.

With all the talk from the gun control crowd we
decided to look at the past and see if we could
find something that may startle these people. We
believe we have found just such a weapon from the
past.

Yes, we are talking the Presentation Colt Model
1855 revolving shotgun of the 1860s. A very rare
and impressive piece. Was there a need for a
revolving shotgun? Who cares. This thing is beyond
neat. Have a look for yourself.

The gun sold in December of last year but there
are so many interesting features we just had to
share.
Comments are always welcome.

When I went to bed Friday night I thought it was
Saturday but when I woke up Saturday morning I
believed it to be Friday. This caused some
confusion as you could imagine that got us thinking
about being confused.

As we mature we sometimes forget that kids have a
memory like an elephant. Sometimes that can get us
into trouble. We present the following, shared by
a friend, to prove our point.

Hunter was 4 years old and was staying with his
grandfather for a few days.

He’d been playing outside with the other kids,
when he came into the house and asked, ‘Grandpa,
what’s that called when two people sleep in the
same bedroom and one is on top of the other?’

His Grandpa was a little taken aback, but he
decided to tell him the truth.

‘Well, Hunter, it’s called sexual intercourse.’
‘Oh,’ Little Hunter said, ‘OK,’ and went back
outside to play with the other kids.

A few minutes later he came back in and said
angrily, ‘Grandpa, it isn’t called sexual
intercourse.

A friend shared a video that he assured me would
be of interest to all about golfing. He added that
said video could also be applied to life. After
watching this video we decided he was right.

The video shows 102 year old Ida Pieracci on a
golf course and after watching and listening to
this woman it was decided she is an amazing lady.

She holds the record at the San Jose Country Club
at 11 holes in one, and still golfs several times
a week. Her secret to long and happy life? She
claims she’s just being a good kid!

We wish to thank our friend for sharing the video,
and thank Ida Pieracci for sharing her story. And
we wish to share it with you.
Comments are always welcome.

Mendelson was a devout man—went to every service,
prayed every prayer, said every blessing required
of him. But he could not make a go of it. He
started businesses, and they failed. He worked at
a restaurant, and it closed.

Meanwhile, his cousin Bernie was a gambler, a
womanizer, and a tax cheat. Yet Bernie had a big
house in the suburbs, two luxury cars, a time share
in Boca, and membership in a country club.

One day, Bernie announced he’d won the lottery.
Finally, Mendelson had had enough. He stormed into
the synagogue. “Lord, I don’t understand,” he
shouted. “I do what the law says I should do. Every
morning and every night I pray to you for the
fortitude to go on, for the strength to survive my
challenges, and ask for the bounty of Your blessing.
And yet here I am, laid low, and Bernie gets
everything. Why, Lord, why?

And the Lord said, “Bernie doesn’t pester me day
and night, that’s why.”
———————–
Comments are always welcome.

Not what you think

Some people will look at this picture and see a
409 cubic inch Chevrolet engine. In this case those
people would be wrong.

You also got aluminum hood, front fenders, front
and rear bumpers, fan shroud, and more that
dropped 300 pounds off the weight of your Impala.
Most were ordered with the heater delete option
to save weight.

There were metallic brake shoes and special
backing plates with venting screens and air scoops
for cooling, a T-10 4-speed, and a a bullet proof
posi rear end with 4:11 gears.

The RPO optioned Impala would set you back a total
of a little more than $4,000 and that didn’t
include destination charges, taxes, plates, etc.

This option was made for drag racing, but rumor is
that around 20 1962 Impala’s were sold COPO with
this engine also. That means they made it to the
dealer’s lot. Now the kicker, only 57 of these
Impala’s were produced and only 7 are believed to
survive today.

And there you have the story of this small piece
of automotive history. For those who don’t remember
or weren’t around, here’s a little musical history
from 1963.

Now we have to pop back to the present lest we get
lost in 60s again.
Comments are always welcome.

We don’t know who wrote this, or when, we just
know some days we need it.

Heavenly Father, Help us remember that the jerk who
cut us off in traffic last night is a single mother
who worked nine hours that day and is rushing home
to cook dinner, help with homework, do the laundry
and spend a few precious moments with her children.

Help us to remember that the pierced, tattooed,
disinterested young man who can’t make change
correctly is a worried 19-year-old college student,
balancing his apprehension over final exams with his
fear of not getting his student loans for next
semester.

Remind us, Lord, that the scary looking bum, begging
for money in the same spot every day (who really ought
to get a job!) is a slave to addictions that we can
only imagine in our worst nightmares.

Help us to remember that the old couple walking
annoyingly slow through the store aisles and blocking
our shopping progress are savoring this moment, knowing
that, based on the biopsy report she got back last week,
this will be the last year that they go shopping together.

Heavenly Father, remind us each day that, of all the gifts
you give us, the greatest gift is love. It is not enough
to share that love with those we hold dear. Open our
hearts not to just those who are close to us, but to all
humanity. Let us be slow to judge and quick to forgive,
show patience, empathy and love.
Amen.
—————————–
Comments are always welcome.

7 out of 10 families owned a car, new laws made
seat belts mandatory, the first McDonalds opened,
TV dinners arrived, Coca-Cola was sold in cans for
the first time, and the minimum wage was raised to
$1.

The 265 for sedans with a 2-barrel carburetor put
out a whopping 162 hp, and the optional 4-barrel
engine produced 195 hp. The 1955 engine did have
a drawback though. It had no provision for oil
filtration built into the block. One could order an
optional add-on oil filter that was mounted on the
thermostat housing.

Displacement varied over the years but the engine
proved to be the favorite of gearheads, racers,
and hot rodders and still is today.

For years this was the only choice of V-8 in a
Chevy and it didn’t really have a nickname until
the mid 60s when the big blocks started to show up.
Everyone started calling them small blocks and a
little later, mouse motors when big blocks were
called rats.

As of November, 2011, over 100,000,000 small block
engines had been built. So we would like to wish
the mouse a Happy Anniversary! Thanks for the miles
of smiles.
Comments are always welcome.

Houston, we have a problem 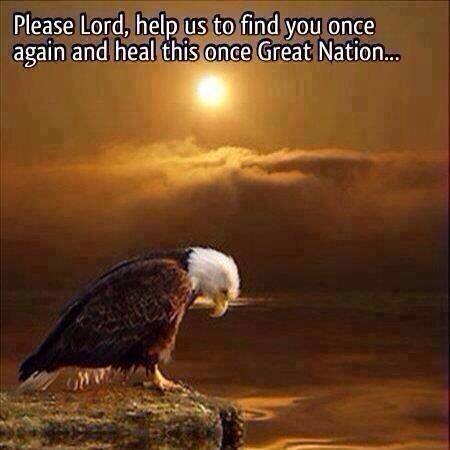 A friend sent an email that implied Americans are
afraid of our government. I replied back that I
didn’t believe this to be true because we’re too
busy bickering among ourselves.

Shortly after I replied, the wife shared an email
that says it better than I could and we’ll share
part of it with you. We do not know who wrote it
but do believe it telling.
—————————–

The definition of the word Conundrum is: something
that is puzzling or confusing.

Here are six Conundrums of socialism in the United
States of America:

1. America is capitalist and greedy – yet half of
the population is subsidized.

2. Half of the population is subsidized – yet they
think they are victims.

3. They think they are victims – yet their
representatives run the government.

4. Their representatives run the government – yet
the poor keep getting poorer.

5. The poor keep getting poorer – yet they have
things that people in other countries only dream
about.

Think about that a moment. The problem is also
compounded, as mentioned earlier, by the fact that
we are a divided country. Add to that the powers
that be have driven businesses to other countries,
taken over banks, our children, our schools, and
are attempting to change our core beliefs.

Those protesters who feel slighted for one reason
or another should remember that our founding
fathers decried we are born equal and not that as
we age we will be equals. Where you are today is
your responsibility, not the governments.
Comments are always welcome.

Just Cruisin 2
Create a free website or blog at WordPress.com.