Too many taxes blues

Here on the east coast of Iowa we are about to see
a ten cent increase in our gas tax starting this
Sunday. Almost immediately after the news broke that
this tax would go into effect, gas prices jumped…
ten cents!

We were told by the talking heads that this is
merely a coincidence and not the new tax
starting early. Seems refinery problems are the
culprit and not the new tax. Which means instead of
extra $5 per month the tax would thrust upon us we
are looking at an extra $10 per month to drive the
same amount we did last month.

This means I will have to live without pizza for
one week out the month as the extra money has to
come from somewhere. The wife claims it gets ugly
when I’m in pizza withdrawal.

Before I came home from the Navy Iowa imposed a
deposit on aluminum cans and bottles. I said then,
and still say today, this is not a deposit but a
use tax.

Then from the Careful What You Wish For Department
comes news that not everyone is happy with the Federal
Government discussing legalization of Marijuana.

Some who were all for legalization are now saying
this will amount to nothing more than outrageous
taxes being placed on the drug. We do have a car in
this race, but do remember the past.

When higher taxes were placed on alcohol these
same people said they didn’t care because they
didn’t drink. When taxes on cigarettes skyrocketed
they said good. It was a nasty habit and they didn’t
smoke cigarettes.

And now that legalization and taxes may hit their
favorite distraction they are appalled. Well,
welcome to the real world kids. There is reason
some people cringe when told “we’re from the
government and we’re here to help”.
Comments are always welcome.

The perils of pictures 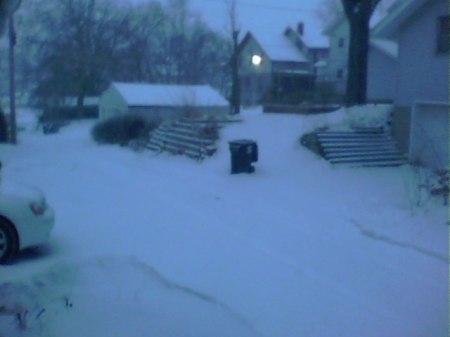 Did you know that if you put a picture on your
blog, linked to the source and gave the photographer’s
name, did so innocently, and made no money from it,
that you could be sued? I didn’t give it much thought
until today.

The wife sent me an email with a link to a blog post
of a lady who got sued over a picture.

She admits that chances are slim that we would be
sued, but there is still a chance. She also links
to sites that have free pictures that are called
Creative Commons licensed and says some photos
in the public domain are safe to use.

We can take our own pictures too. But we should
be aware that if we use images without approval we
are probably violating copyright and could get sued
over it.

Her post is from 2012 but is still applies today.
So if you have a few minutes, and would like to
know more about this issue, just go to her website
at the link provided above.

We have read it twice, clicked on the links she
provides, and believe it to good information for
those of us we have a blog. If you already know all
this, carry on. If you don’t, click on the link. it
may just save you a hassle in the future.
Comments are always welcome.

Comments Off on The perils of pictures |

A pickup in the snow

After the wife went to work I was out shoveling
the fluffy white winter love from above that fell
on us for a good part of the day when I heard a
vehicle approaching from behind me.

It had glasspacks and sounded like it had a really
healthy cam in it. I stepped to the side of the
alley to let it pass and noticed it was a rather
plain looking pickup truck.

Just then, after coming down the grade of our
alley, the driver turned uphill onto the street.
And that was when all hell broke loose. It sounded
like a wheelbarrow full of quarters dancing around
inside a clothes dryer! Crash, clunk, bang. Crash,
clunk, bang.

He wasn’t making a lot of headway up the hill so
I caught up and asked if there was anything I could
do to help. He claimed his rear-end was going out,
he was just trying to make it home it home, and he
didn’t need any help. I know when I’m not wanted
so snow removal became job one once again.

You could hear the rear-end clanging over the
glasspacks and about every third revolution of the
axles the truck would limp forward about a foot. He
made it to the top of the hill and turned onto the
level street then idled out of hearing range.

Don’t know if he made it home or not, but I did
finish shoveling the fluffy white winter love from
above off our front sidewalk.
Comments are always welcome.

Ever heard of organic light-emitting diodes (OLED)?
Or of it being used in the automotive industry?
I hadn’t either until now. So, what is OLED?

The scientific version goes like this: An organic
light-emitting diode (OLED) is a light-emitting
diode (LED) in which the emissive electroluminescent
layer is a film of organic compound which emits light
in response to an electric current. This layer of
organic semiconductor is situated between two
electrodes; typically, at least one of these
electrodes is transparent. OLEDs are used to create
digital displays in devices such as television
screens, computer monitors, portable systems such
as mobile phones, handheld game consoles and PDAs.

Car nuts, like myself, simply that to: it’s neat!
Just look at the video to see what these critters
can do on an Audi.

Think about it; you could scare drunks sober,
cause other drivers to watch your rear end instead
of the road, and be a hero to your kids if these
things go into production cars. At least for a
little while until they became commonplace.
Comments are always welcome.

Comments Off on Strange lights |

When we cruise the information highway we like to
share the best of what we find. We’d like to, but
you have to settle for these.

We’ve all seen the Moms in minivans dropping their
kids off at school, but have you even seen Mom do
that in a 550 horsepower minivan? Well watch and
learn. And remember, don’t try this at home.

We find it a little hard to swallow that this is
actually a Famous Footwear commercial even with all
the graphics on the vehicle. Stranger ones have
been seen though.

For something a little more sedate, check out this
commercial that has a housewife drooling over the
features on the 1956 Ford. Notice the car even had
the optional, for that year, seat belts.

Now let’s go head first into the future. What
is designed to do what a helicopter does, but cost
less? Hint: it combines the simplicity of a
motorcycle with the freedom of a helicopter. Still
don’t know? It’s the Hoverbike!

And one about the animal kingdom. A friend shared
this one that got us thinking about how some
critters would seek revenge. No crocodiles were
harmed in the filming of this video.

These are a few of our favorite things this
Monday.
Comments are always welcome.

Ever since Rudy Giuliani said Obama doesn’t love
America there have been people on both sides of
the issue stating their versions of the president’s
love, or lack of, for our country.

Heard of CJ Pearson? You will. A friend sent the
following video of the 12-year-old putting Obama
in his place. We also believe this kid is right. So
take three minutes, listen to what he has to say,
and decide if you like what he’s saying or not. 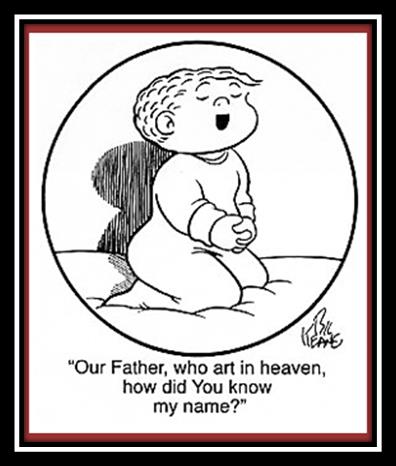 Thanks to those who shared cartoons to make
this post possible, and you for stopping
by.
Comments are always welcome.

We watch a lot of car related TV shows and never
thought one of these would make us think of the
condition our country is in. We think Danny Koker
of ‘Counting Cars’ does a decent job of doing just
that. 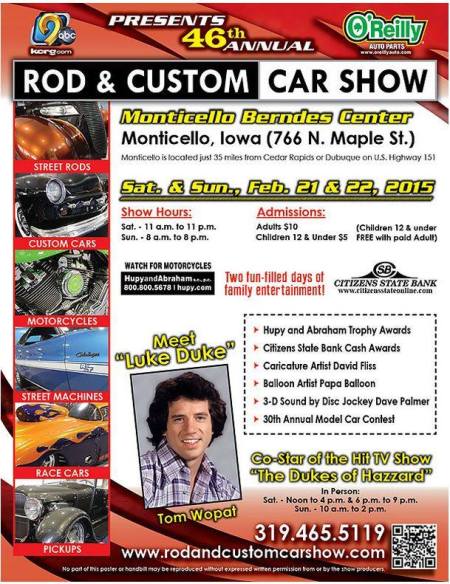 This weekend is also the Carquest NHRA Nationals
in Phoenix, Arizona where Jenna Haddock is eligible
to race Top Fuel class for Rookie of the Year.

Kurt Busch will not be in the Daytona 500 as he
was suspended by NASCAR for an alleged domestic
abuse.

And we still wonder about ethanol. How is it that the
.02% of our population who profit from ethanol get
to tell the other 99.98% we have to buy their
product?

Back to events, Saturday night NBC Sports will air
2.5 hours of the Kissimmee auction.

There you have everything from goats to singing
soldiers. If we forgot anything it wasn’t intentional
and if called on it already have a patsy lined up
to take the fall.
Comments are always welcome.

Do you remember Louis and Temple Abernathy? At the
turn of the 20th century they were known as the
Abernathy kids? Still nothing? Here’s their story.

The brothers first made news in 1909 when they
traveled from Oklahoma to Sante Fe, New Mexico, and
back on horses by themselves. No adults, no road
maps, no GPS. They were 8 and 5 years old at the
time.

The kids then rode off to New York City, alone, to
be in a parade with Teddy Roosevelt! While in New
York City, the Brush Motor Car Company “sold” the
boys a car which they drove back to Oklahoma City,
alone at age 9 and 6. No Motor Club, no ride along
mechanic, just two boys with a dream.

Shortly after arriving back home the boys were
offered $10,000 if they could ride across the USA
in 60 days. They made it in 62 days, lost the
money, but were celebrities of the day.

They stayed close to home for a few years, then
went from Oklahoma to New York City and back on an
Indian motorcycle. After which they gave up their
endurance runs and publicity stunts, grew up, and
became successful men. One as an oil man and the
other as a lawyer. Both lived into their 80s.

Their father, Jack Abernathy of Frederick,
Oklahoma could catch wolves with his bare hands.
This strange ability caught the ear of President
Teddy Roosevelt who met, and went on a successful
wolf hunt with Mr. Abernathy. Later Roosevelt
appointed Jack to the position of U.S. Marshall.

Books were written about the boys adventures; Bud
and Me, and Meeting Roosevelt to name a couple.
That is why we believe the Abernathy brothers were
amazing boys.
Comments are always welcome.

We’ve been a little confused since hearing the
National Hot Rod Association (NHRA) has been
receiving hate mail after taking a stand on street
racing.

With the popularity of the “Street Outlaws” show
and the expanding scope of said show, recently
NHRA members have been racing the shows stars on the
street. NHRA sent these members a letter stating
if they didn’t stop racing on the show, which
glorifies street racing, the offenders racing
license would be suspended.

The NHRA was founded in the 1950s to give illegal
street racers a legal option and to remove the
black eye the street racers gave the hobby. NHRA
even went so far as to start a “Safety Safari” to
get the message out to car clubs and others.

The Safety Safari taught how to conduct fair races
with safety as a main concern with the intent of
giving car enthusiasts a safe place to race. The
NHRA goes so far as to call licensed racers
ambassadors of safe racing.

So we are surprised by the people who are
surprised that the NHRA came down heavy on members
who street race with cars adorned with the NHRA
logo. Our hobby has benefited from this groups
efforts and we support their stance on this issue.
Comments are always welcome.