I realized that when the wife left for work
tonight I wouldn’t see her until next year. So I
had a plan.

I spent most of the day cooking up a big pot of
beans and some taco mix while checking my frozen
provisions of pizza and TV dinners. I will survive.

And while cruising the information highway I came
across an interesting video about Michael Frolich.
He is credited with being a former fashion
designer, a racer, a philosopher, an artist, and a
classic car dealer.

Some say his greatest achievement lies in his own
backyard and is called the Auto Skulpteren Park. A
museum/park with 50 classic cars that were parked
when he turned 50 in the year 2,000.

The audio is in German, but the cars speak a
universal language.

The WordPress.com stats helper monkeys prepared a 2014 annual report for this blog.

The concert hall at the Sydney Opera House holds 2,700 people. This blog was viewed about 33,000 times in 2014. If it were a concert at Sydney Opera House, it would take about 12 sold-out performances for that many people to see it.

We haven’t mentioned cars or trucks for a while,
so if you have garage fever too, enjoy.

Heard about the huge barn find in Portugal? Some
say it is a hoax while others claimed to have seen
the cars. If it is a hoax, here is a video of the
180 cars that aren’t there.

We’ve mentioned the Chatillon auto graveyard in
Belgium before but thought we’d share a short video
again. Chatillon car graveyard is actually nothing
more than cars in the woods abandoned by American
soldiers since WWII when they returned home.

Then there are graveyards for unsold cars. When
automakers can’t sell the cars they store them in
lots and let them sit.

If you missed the Lambrecht Chevrolet auction last
year, this video shows a few of the cars that were
sold.

A friend sent a video about the ‘Train of Death’,
which we found interesting. It looks like fun, for
the lead driver anyway.

Finally, in an attempt to infuse some class to our
humble site, a video on the Delahaye. We believe
some models to be the most elegant cars in the
world before or since these were being produced.

And that concludes our cruise to all things
automotive and not regularly seen. Enjoy the ride
and keep the shiny side up.
Comments are always welcome.

Comments Off on Motorized Monday |

Ever wonder how the Bible would look, and sound
like, if it used product placement in a video?
What a coincidence. It bothered me so much I
fired up our electronic machine and went cruising
the information highway.

And I found an answer! Here is Christian comedian
Chris Stanley sharing his take on the issue.

And now we know.
Comments are always welcome.

Comments Off on Sunday snickers | 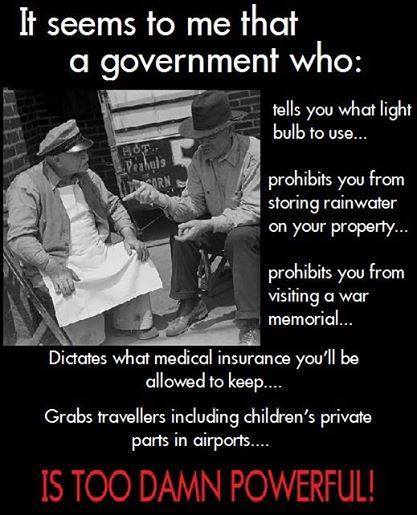 There are times, no matter how hard we try to
avoid it, that talk turns to politics. A friend
sent an email about state executive salaries for
2014, and that got us started.

We found this to be an interesting read and will
share some of what we discovered. Data is given for
the salaries of Governor, Lt. Governor, Attorney
General and Secretary of State.

The highest paid Governor in the U.S. is from
Pennsylvania and makes $187,818 a year. Here in
Iowa, our Governor makes $130,000, and the Governor
of Alabama did not accept a salary.

Remember a time we citizens called the people
who filled these, and other, positions as public
servants?
Comments are always welcome.

another Christmas. We gave gifts, I spent some
time with my family as the wife had to work,
talked to our son on the phone, and we received
gifts. We were also thankful we got to spend
another Christmas with our families. 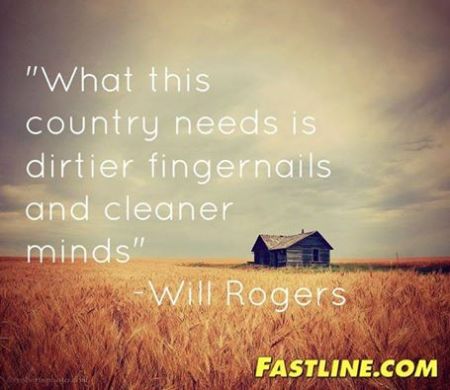 Even hearing of the protesters/rioters saying they
weren’t going to give the police Christmas off
couldn’t dampen our spirits. It seemed almost
magical.

Thanks to all who called to wish us the best,
those who wished us well in person, and those who
sent cards and emails with heartfelt messages.

I did learn that if I’m ever in the emergency room
again, I won’t mention it to anyone. People must
think an ER visit is a reason to show sympathy and
be condescending.

All that being said, we are looking forward to the
coming year. While we do live today we see no
problem with looking to the future. After all,
without plans that have to be changed, there would
be no need for high blood pressure medication.

We hope your Christmas was as enjoyable as ours,
and if wasn’t we hope you at least had a sense of
humor about it.
Comments are always welcome.

Comments Off on We survived… |

It’s almost here and we won’t have a post on
Christmas. So for now, why not watch how some of
us have fun during the time off.

Please don’t try this at home unless you are a
professional, or from Sweden.

Comments Off on Christmas day |

We wish you a Merry Christmas

Merry Christmas! We hope you receive everything
you want, or at least something you need. A friend
shared another video with us and we want to share
it with you.

This video is of the USAF Band Holiday Flash Mob
at the National Air and Space Museum last year and
it looks just as good in full screen mode, at least
on our monitor.

So enjoy the music and the smiling faces of young
and old alike.

We thank our friend for sharing, God for the
talent that made us smile, and you for stopping by.
Comments are always welcome.

There are times when one looks at some of things
going on in our country and ask ‘what the heck are
they drinking?’ We are referring to this vendetta
against the police by some citizens and the drive-by media.

The United Nations recommends at least 222
officers per 100,000 residents.

That same year police killed 393 people.
For over 12 million arrests, that doesn’t appear to
be a big number. And that same year, 72 police
officers were killed.

So everyone’s pal, the Reverend Al looks to be
beating a dead horse. The numbers don’t add up, the
problem is smaller than we are being led to
believe, and it is about time for people to take
personal responsibility for their actions.

We stand behind all those in law enforcement and
have some advice for Reverend Al and the violent
protestors. If you can’t get behind the police,
please stand in front of them while the
‘protestors’ are hurling rocks, bottles, or worse
at them.
Comments are always welcome.

A beautiful blonde woman runs a red traffic
light and crashes into a man’s car. Both of
their cars are demolished, but amazingly,
neither of them are hurt.

After they crawl out of their cars, the
woman says; “Wow, just look at our cars!
There’s nothing left, but fortunately we
are unhurt. This must be a sign from God
that we should meet and be friends and
live together in peace for the rest of our
days.”

The man replies, “I agree with you completely.
This must be a sign from God!” The woman
continues, “And look at this, here’s another
miracle. My car is completely demolished, but
my bottle of wine didn’t break. Surely God
wants us to drink this wine and celebrate our
good fortune.” She then hands the bottle to
the man.

The man nods his head in agreement, opens it,
drinks half the bottle and then hands it back
to the woman. The woman takes the bottle,
immediately puts the cap back on, and hands
it back to the man.

The man asks, “Aren’t you having any?”
The woman replies, “Nah. I think I’ll just
wait for the police.”

Adam ate the apple, too.
Men will never learn…