Some people like nothing more than to smell the
roses in their garden or curl up with a good book.
Others put on their hiking boots or running shoes
and get out to exercise.

And others like to push things to limit by
jumping out of planes, or seeing how much their
bodies and/or machines can take. This post is
about the latter.

Speed Week is almost upon us and in August some of
fastest people in the world are going meet at the
Bonneville Salt Flats to see if they made their
rides faster.

The Bonneville Speedway is an area of 56,650 acres
near Wendover, Utah, that is used for racing.

Scouring the information highway we came across
some numbers concerning the event. So let’s take
a numerical cruise through this event.

550 racers are pre-registered for this year’s
Speed Week coming from 11 different countries and
39 of our 50 states on this 100th anniversary of
the event. 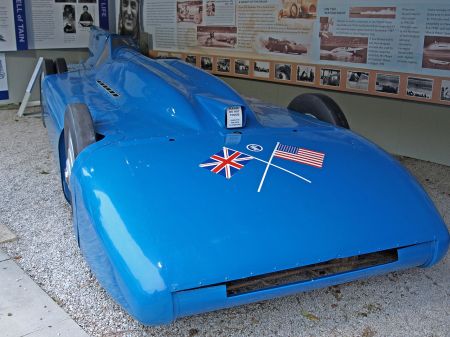 In 1935 Sir Malcolm Campbell set a land speed
record of 301.129 in ‘Blue Bird’. A purpose built
car that weighed almost 5,000 pounds and was
powered by a supercharged V-16 Rolls-Royce airplane
engine.

In 1963 Craig Breedlove went 407.447 mph in his
‘Spirit of America’, one of the first jet-propelled
record holders. 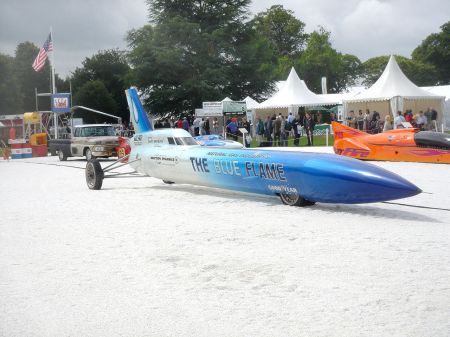 We’ll be watching this year and might see some
new speed records. Sounds relaxing to us.
Comments are always welcome.

This entry was posted on Monday, July 28th, 2014 at 10:43 pm and is filed under cars, events, hobby. You can follow any responses to this entry through the RSS 2.0 feed. Both comments and pings are currently closed.