We seems to be in a Cadillac phase for reasons that
can’t be explained. It all started while cruising the
information highway and coming across a picture of
what can only be described as a cab-over-engine (COE)
Cadillac from King Daddy Caddy. 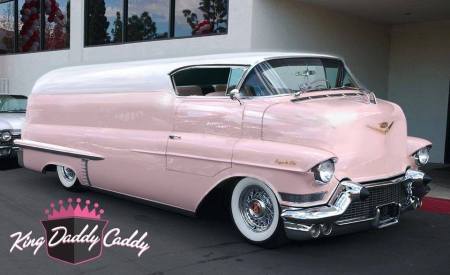 Every time I look at it I see something I missed. One
has to admit it is different. And speaking of being
different, a friend sent us a video of a one-of-a-
king supercharged 1953 Cadillac Eldorado.

Which brought to mind another supercharged Cadillac
that wasn’t factory built. This one is a monster.

That brought to mind the new Cadillac CTS-V coupe
which is supercharged with 556 hp.

Which in turn made us think of older models. Some
older Cadillacs look like works of art.

Which got us thinking: how do you start a 1912
Cadillac and what do they sound like running?

Cadillac even got mentioned in quite a few songs but
we’ll only list one here.

And that is how we spent the weekend with Cadillacs
on our Chevrolet budget. We had more fun than a stray
cat in a tuna factory!
Comments are always welcome.

Comments Off on Thinking ’bout a Cadillac |

A friend shared this video with us and it made us
laugh so we’ll share it with you.

One hundred years ago today the Archduke Ferdinand
was assassinated during a visit to Sarajevo. 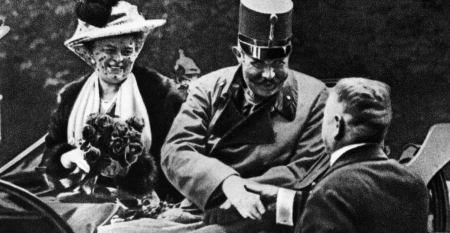 Many claim his death set in motion a series of events
that led to World War I. It was the match, that
started the blaze, that turned into a wildfire, that
burned down the forest.

And that’s what started 100 years ago today.
Comments are always welcome.

There are times I wish I didn’t have a good memory,
and now is such a time. While discussing old country
music songs, the old standard “Plastic Jesus” came
up. A friend swore it was written by Ernie Marrs and
I believed it was written by someone else.

We found out that Ernie Marrs denied ever writing
the song but admitted to “collecting the lyrics”,
whatever that means. Ernie Marrs and the Marrs
Family did record a version of the song in 1965.

One year earlier, the Goldcoast Singers (Ed Rush and
George Cromarty) recorded their version and claimed
it was a parody of a theme song for a religious radio
program based in Baton Rouge, Louisiana in the 40s.

Many late night radio preachers at the time would
sell religious icons and many made millions. It was
an attempt to poke fun at these shows.

And some may remember the movie “Cool Hand Luke” in
which Paul Newman plays a banjo and sings “Plastic
Jesus” after his mother died. At any rate, here are
a couple different versions.

But of course things didn’t end there. They never
do. So we offer a few more songs that mention Jesus
and are meant to be funny. Like…

And one that isn’t funny but is an old country
standard and one of our favorites.

So now you know. Some may remember, others may hear
the words for the first time, and others will wonder
why I bothered. Because I enjoyed it and I hope you
do too.
Comments are always welcome.

Comments Off on Remember? |

Friday is usually a good day for most folks. For
some it is the end of the work week and the start of
the weekend. And for others it is just another day.

But today is other things as well. For instance, did
you know that on this date in 1986 Route 66
officially disappeared? Books were written and TV
shows praised the Mother Road, but it is gone.

Today is also PTSD Awareness Day. It is a day we
are asked to raise awareness about PTSD and if you
don’t know anything about it, please watch the video
and become aware.

On this date in 1895 the Baltimore and Ohio
Railroad’s Royal Blue made its inaugural run from
Washington, DC to New York, New York. It was the
first passenger train to use electric locomotives.

On June 27, 1950 the United States decided to send
troops to fight in the Korean War.

On this day in 1957 Hurricane Audrey made landfall
near the Texas, Louisiana border killing over 400
people.

Even if it isn’t a special day to you remember, you
woke up breathing to see our world for another day.
We think that qualifies it as a great day.
Comments are always welcome.

On our regular cruise down the information highway
this time we found some interesting things and
people. One such find is this picture. We almost did
a story on why one shouldn’t keep a dinosaur in their
back yard about it. 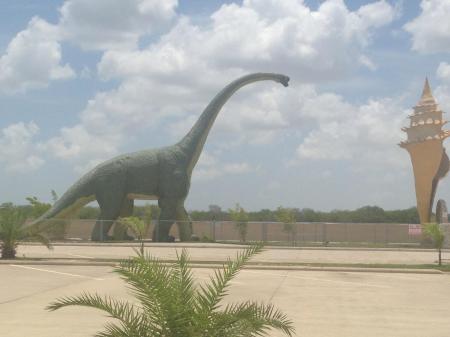 We also ran across a picture of what looks to be a
customized Corvair. We don’t believe it to be a
prototype, but aren’t sure. 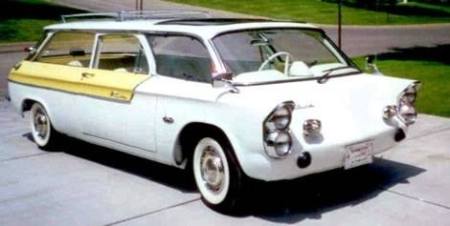 Someone sent us a video they thought was a little
crazy that we thought looked like fun. We’ll let you
be the judge.

A friend sent us a short video of Obama giving a
speech in which he says people have to be forced to
give up their rights. This one is worth 19 seconds
of your time.

If you remember the days of the steam engines you’ll
like this 28 minute video.

Ever seen a double decker travel trailer from the
1950s? Thanks to the information highway you can now
say you have. It may look odd by today’s standards
but it was well thought out.

Couldn’t make the air show so now you have a long
face? How about over 17 minutes of the 2014 Planes of
Fame Airshow from Chino Airport? This video includes
footage of an F-22 Raptor, some P-51 Mustangs, a
Pacific Theater demonstration, a Korean War
demonstration, and more.

For our song we’re going somewhere completely
different again with this one by Donnalou Stevens.

That about covers the interesting things we found so
you’ll have to wait for another post on the mundane.
Comments are always welcome. 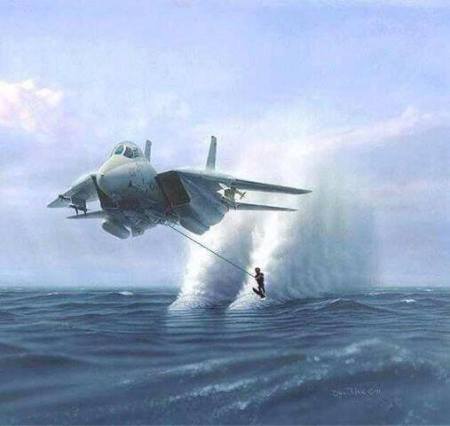 We have all heard the scandals that run rampant in
this administration and some believed our government
had hit bottom. What with the gun running to Mexican
drug cartels, the debacle in Benghazi, the IRS,
our borders being non-existent, and so on.

Now it seems we tax payers are paying for even
more disgusting behavior by government employees. One
would think the EPA is too busy thinking up new
regulations to further strangle business to have a
scandal brewing. This is not the case.

The Denver based Region 8 management even sent
emails to the staff asking them stop their
inappropriate behavior, including defecating in the
hallway outside of the restrooms!

Management even consulted with a workplace violence
expert who said “hallway feces is in fact a health
and safety risk”. And we, the taxpayers, are paying
you nutbars for this?

We have a novel idea, why don’t you do the job you
were hired to do and stop using the hallways for a
bathroom like a new puppy?

It’s like water skiing with a fighter jet; it will
get the job done but there are easier, cheaper,
and safer ways to do it. Find out who is doing it and
fire them, then fire their superiors for not putting
a stop to it in the first place. We really have to
stop this nonsense.
Comments are always welcome.

June is Alzheimer’s and Brain Awareness Month. It is
said that over half of all Americans believe the
disease is a normal part of aging. We are told that
people need to be educated on the subject, and will
take a stab at it here.

Once again we will forewarn liberals, socialists,
communists, and elitists that this post may be
harmful to your health as it contains the truth and
may cause a panic attack in some individuals. 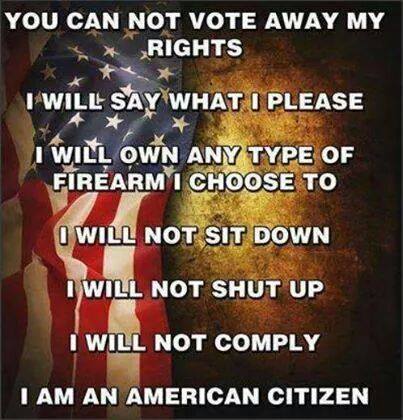 We want to talk of people who don’t use their
brain for anything except as a place to put their hat.
Like the village officials of Ruidoso, New Mexico
who thought they could ban criticism at council
meetings.

The changed village rules stated a speaker could
praise personnel, staff, or Village Council, or
could make a neutral comment, but couldn’t voice
criticism.

Naturally, they got sued. And lost. A federal judge
issued an injunction and said the rule is an
unconstitutional burden on free speech. Thank you
judge.

And what is this new trend among the politically
correct crowd to use the word “misinformation” when
referring to bold-faced lies? We need to stop this
nonsense. 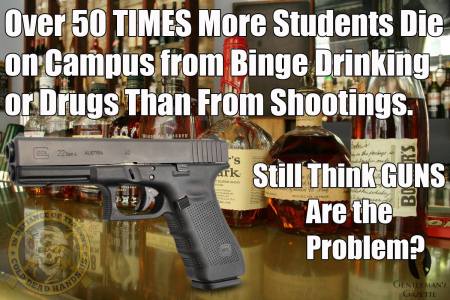 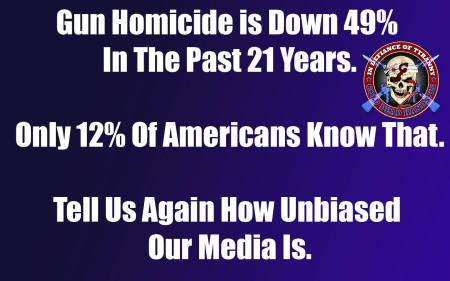 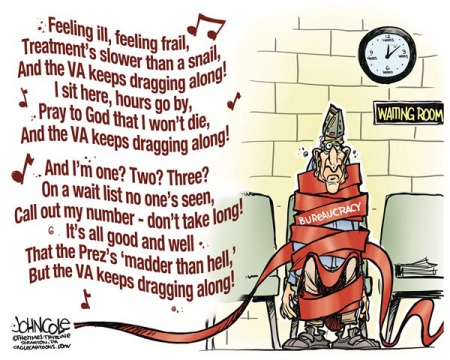 Too many people are saying not my circus, not my
monkeys. We need to stand up for our rights while
we still have them and remember the important thing. 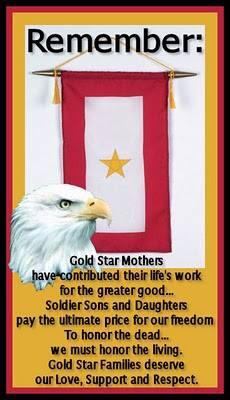 Freedom is not free.
Comments are always welcome.

We believe God looks after drunks and idiots. We
think this because they obviously can’t take care of
themselves. Hang on, we can prove it.

This past Sunday, around 3 pm, while a 79 year old
man was in church, Erik Blake Halpin stole his ride.
It happened in Prineville, Oregon. 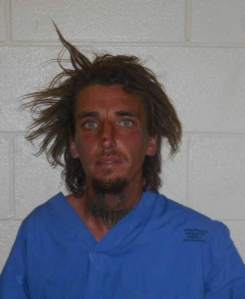 About ten minutes later the Oregon State Police
got a call that the restored 1930 Model A had rolled
into the Crooked River 9 miles south of Prineville. 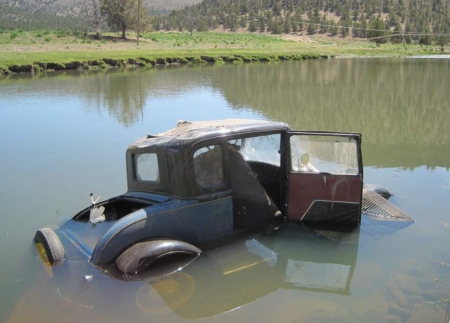 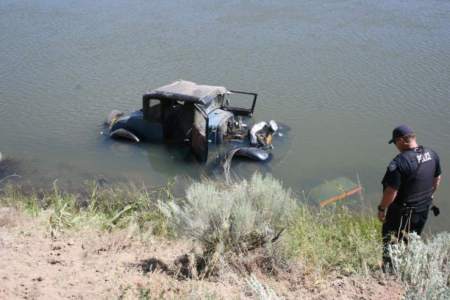 Back to Mr. Halpin; he was seen swimming to the
riverbank, promptly arrested, and taken by air
ambulance to St. Charles Bend for treatment of his
injuries sustained in the crash.

When released he was jailed on suspicion of
unauthorized use of a motor vehicle, driving while
under the influence of intoxicants, first degree
criminal mischief, and failure to perform the duties
of a driver involved in an accident. Police then
discovered he had a misdemeanor warrant for failure
to appear in another county. 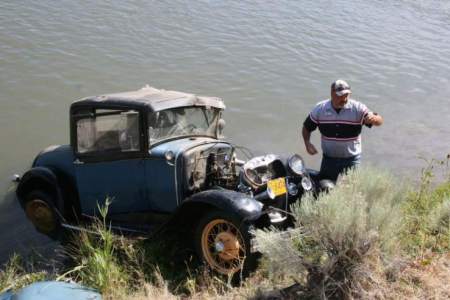 A tow truck got the Model A back on solid ground,
the owners are awaiting word from the insurance
company, and Mr. Halpin lived to drink another day.

Good thing it wasn’t a fast car or the wreck might
have killed him.
Comments are always welcome.

Thought for the day 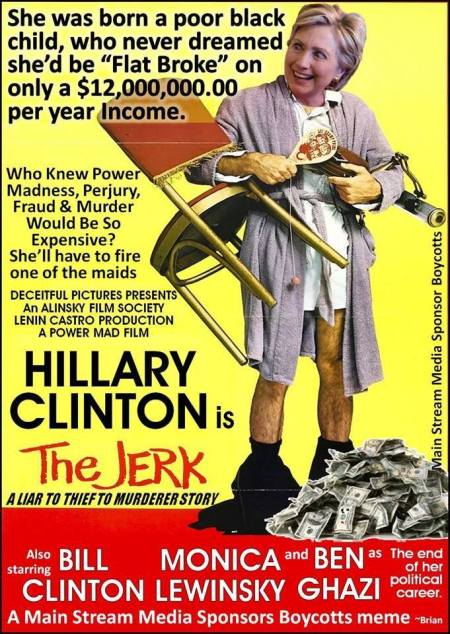