The holiday is almost here and we’re sure many are
looking forward to the long weekend. But there is a
reason for this day we celebrate. 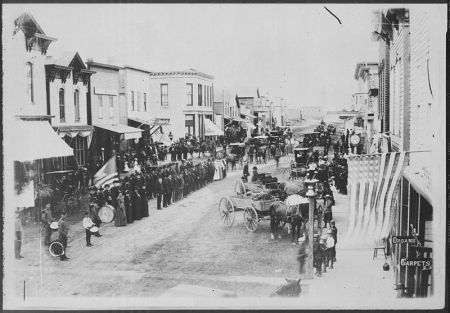 Memorial Day is a holiday to honor those who gave
the ultimate sacrifice. Some say the first Memorial
Day dates to 1861 and honored the Confederate fallen.

Others say Memorial Day began as a holiday to honor
the dead in May of 1865 in Charleston, South
Carolina. Union POWs were held at the Charleston Race
Course and at least 250 died there and were placed in
unmarked graves.

Black residents of Charleston organized the May Day
ceremony where they landscaped, built an arch, and
gave the soldiers a proper burial.

David W. Blight said of the event: “This was the
first Memorial Day. African-Americans invented
Memorial Day in Charleston, South Carolina. What you
have there is black Americans recently freed from
slavery announcing to the world with their flowers,
their feet, and their songs what the war had been
about. What they basically were creating was the
Independence Day of the Second American Revolution.”

By the end of the 1800s, Memorial Day was observed
throughout the country on May 30. After World War I
the was expanded to honor all those who gave the
ultimate sacrifice in all Wars.

In 1966, Congress and President Lyndon Johnson
declared Waterloo, N.Y., the birthplace of Memorial
Day. There a ceremony on May 5, 1866, honored local
veterans who had fought in the Civil War.

An act of Congress in 1971 made Memorial Day a true
national holiday and placed the date as the last
Monday in May.

And there are some small snippets of little known
information about the holiday that begins our summer.
If you can’t make it to a cemetery please take a
moment out of your day to remember those who gave
their life to keep us free.

This entry was posted on Friday, May 23rd, 2014 at 3:56 pm and is filed under history, holiday, military, war. You can follow any responses to this entry through the RSS 2.0 feed. Both comments and pings are currently closed.