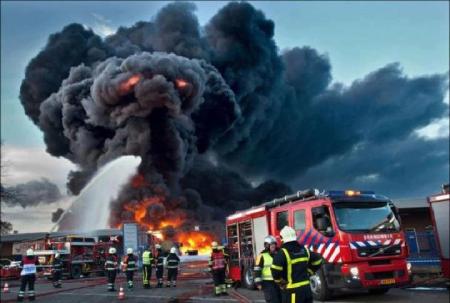 It is almost the first day of the first
month of 2013. Happy New Year! Here in
Midwest the temperatures are supposed to
drop tonight, which reminds me that I
forgot to put a heat run in the office,
again.

Looks like Obama is going to push us all
off the cliff in an armored HumVee to be
sure we sink far enough.

We cannot believe he thinks that looking
like a totally incompetent leader when
that happens is going to work in his favor.

When is he going to start blaming his
problems on Bush again?

January also means the Barrett-Jackson auction
in Scottsdale is coming up. This year it
runs from January 13-20, and will be on
the Speed channel January 15-20 live.

July 12, 2013 has been named the 4th
Annual Collector Car Appreciation Day. We
mention it now to allow you time to get a
gift.

We will get back to regular post tomorrow
as it will take us that long to figure out
what normal is.

Thought for the day:
“A man who thinks he can be happy and
prosperous by letting the government take
care of him had better take a closer look
at the American Indian.
~Henry Ford
Comments are always welcome.

The WordPress.com stats helper monkeys prepared a 2012 annual report for this blog.

People make resolutions on New Year’s Eve,
we do not. We see no sense to make a
promise to ourselves that we know we won’t
keep.

We did not ask for, nor did we receive any
awards in 2012. In that regards we are very
selfish. We write to keep our sanity and
not to become rich or famous.

We wish everyone a Happy New Year!
Comments are always welcome.

A different way to handle it

Most people look at someone deemed successful
and think they never had hard day in their
lives. But drastic times call for drastic
measures.

What would you do if you were 38, married,
living with your parents, and broke. This
video tells what Henry Ford did in 1901
when he found himself with all the above
problems in 1901.

1901 was a long time ago, so lets take a
look at some things that were happening.

President William McKinley was inaugurated
for a second term, 55 people died in a train
derailment in Marshalltown, Iowa, and the
British saw their first motorized burial.

A law was passed against the use of phosphor
matches, Charlotte Manye became the first
native African to graduate a U.S. College,
and Butch Cassidy and the Sundance Kid robbed
a train and got away with $40,000.

Burial within the city limits of San
Francisco is prohibited, the Cadillac Company
is formed, and Vice President Theodore
Roosevelt tells Americans to “speak softly
and carry a big stick”.

On September 6, 1901, President William
McKinley is shot by Leon Czolgosz at the Pan
American Exposition in New York and dies
eight days later.

11 baseball games were cancelled due to
McKinley’s funeral, the first Royal Navy
submarine was launched, and Theodore
Roosevelt renamed the “Executive Mansion”
the “White House”.

By the way, Henry Ford won the race, got
the financial backing he needed, and the
rest is history.
Comments are always welcome.

Comments Off on A different way to handle it | 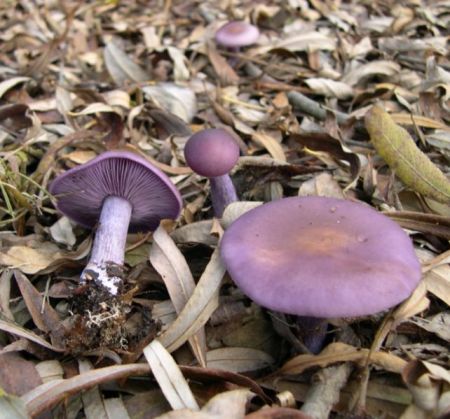 The government seems to believe that the
average American has the IQ of warm soup
and is as gullible as a 6-year-old child.

We’re getting tired of it and are no longer
going to accept the status quo. We are not
mushrooms.

For the uninitiated, a mushroom is someone
who is kept in the dark and fed full of crap.

Remember Obamacare? We have to pass it to
read it.

Remember Fast and Furious? The time when
nobody in the Justice Department knew
anything about the operation they sanctioned.

Remember Benghazi? Just some protesters who
were mad about a video.

Remember ‘if not now, when?’ How about when
you figure out how to put a stop to the
frivolous spending binge.

And how about the uproar to get stricter
gun control laws? Connecticut has such laws
now and it didn’t stop this shooter.

Chicago has strict gun laws and they are
at 500 dead for the year. Yet the politicians
want to put another band-aid on another
broken leg so they can claim they fixed yet
another problem.

The president, the house and senate created
the fiscal cliff they are so willing to throw
us off of. Now talk centers on raising the
the cut in point to start taxing instead of
cutting the reckless spending.

Speaking of spending, we are being told
that we will have to work longer to get Social
Security and take cuts while Obama gives
a big raise to Congress and his VP.

So friends, neighbors, and fellow citizens
of the planet earth, we have to stop being
the mushroom and start being the squeaky
wheel.
Comments are always welcome.

Having some weekend fun

The weekend is here and we just broke our
record for most consecutive days breathing,
so how about some distractions.

A friend sent a video for all those who
like the white stuff but think your
snowmobile doesn’t have enough class, or
room.

Here is a different set-up on a van. 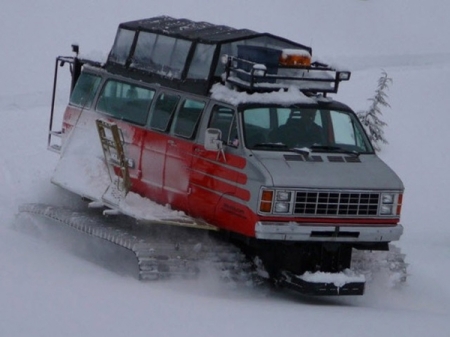 From November comes the Auto Club NHRA
Finals in Pomona.

If you’re having trouble with your GMAW (Mig)
welder, this might be something to watch. 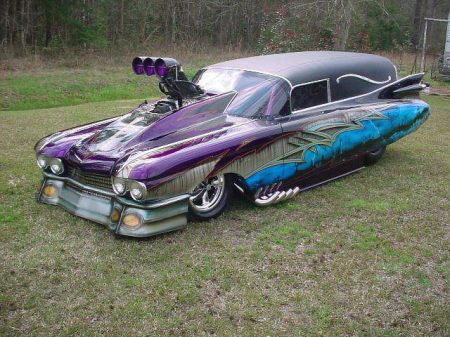 We couldn’t end this without a movie, so how
about “Tales from the Crypt”?

Enjoy the diversions and the weekend.
Comments are always welcome.

Comments Off on Having some weekend fun |

A race and a show 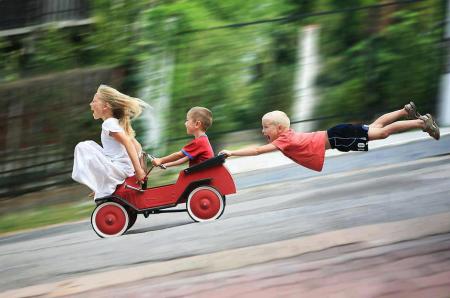 We are going to shift into overdrive and
mention a few upcoming events. That seems
hard to believe with snow on the ground
and on the way, but there are a few.

The first 200 through the gate will get
a “I survived HangoverFest” promotional
item. There will also be free aspirin for
those who had a rough night.

Hours are at the link included, and cost
for spectators is $7 with kids 6 and under
free.

The featured artist is going to be Jim
Hetzler, Dave with 3D Sound will be there,
and John will have the back room set up
for the 2013 TorqueFest.

Comments Off on A race and a show |

Thoughts on the edge of the fiscal cliff 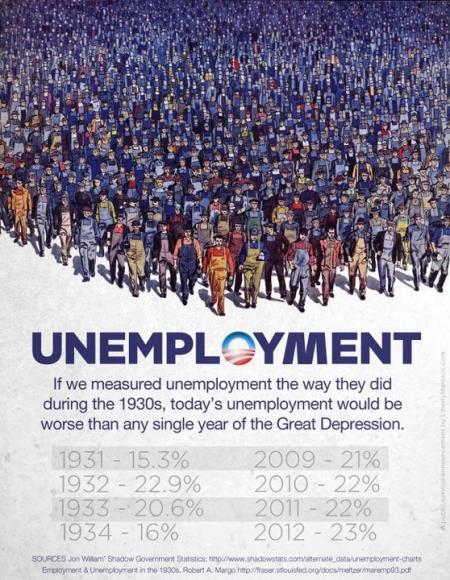 When the founding fathers drafted the Constitution,
they knew because of the abuse by King George that
all governments always seek more power. That is why
‘Consent of the Governed’ is at the core of the
Constitution.

Yet the majority of Americans don’t want the
bill we call Obamacare. And in response we
heard from the legislators that if we don’t
like it we can vote them out.

We’ve put up with the stimulus, the Fast
and the Furious, Bengzai, Obamacare, and now
the fiscal cliff. There hasn’t been a budget
since Obama got elected, and he wants to have
unlimited spending.

The president wants to tax the rich, but
they are already going to see a tax hike due
to Obamacare. The threshold on Medicare
payments is going up and they will taxed plus
there is an added 3.8% increase in taxes on
investment income.

And Obama wants to let their Bush tax cuts
expire too. With no spending cuts. This will
put an enormous burden on future generations.

We cannot see paying higher taxes so a
bunch of inept fatcats can continue to not
do their jobs while spending even more of
our monies. We don’t know where it will end,
only that we live in interesting times.
Comments are always welcome. 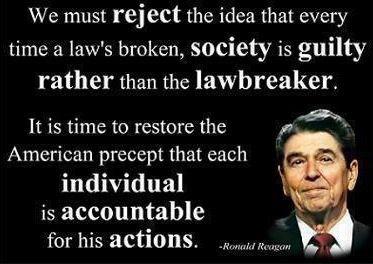 Christmas has passed and we are the cusp of
another holiday. We’ve always called it
Amateur Night but many refer to it as New
Year’s Eve.

Amateur Night always seems to bring out the
weekend warriors who drink more than their
limit and start believing themselves to be
Mike Tyson.

And we were saddened by the news of firemen
getting shot responding to a fire in Webster,
New York. We are also left with many questions.

If we heard correctly, at some point, the
shooter killed his own grandmother with a
hammer and did 17 years in prison.

This as always leads us to ask; how bad
does it have to get for someone to get a
life sentence? This guy should have never
got out.

New York has fairly strict gun laws and
an assault weapon ban. And yet a felon had
such a weapon, as defined by the press,
along with 2 more.

Then we have the whole “Fiscal cliff”
propaganda.

Basically we have a Congress and the President
claiming they can’t come to agreement over a
problem they created, knew was coming, and are
busily passing the buck on.

The President blames the House, the House
blames the Senate, and the Senate blames the
Republicans. Where are the great communicators?
Didn’t we hear something about reaching across
party lines during the campaign? The sad thing
is, we keep electing this same bunch back into
office so they be this inept.
Comments are always welcome. 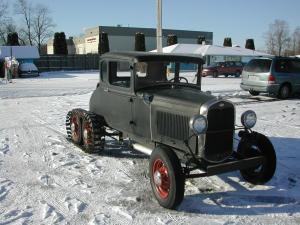 On this Christmas Day we ask that, regardless
of your religion, or lack thereof, that you
please take a moment to thank our military,
police, fire fighters, nurses and doctors,
and all who work today.

Christmas Eve is here, and we all know
what tomorrow is. Merry Christmas!
Enjoy the following distractions

For the gearhead, here is a site with enough
car videos to keep busy.

And we’ll finish with a video of greasy doughnuts,
just because we enjoy them.